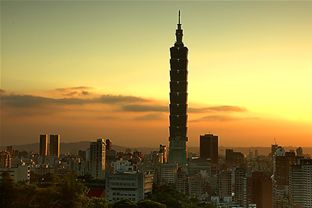 Taipei 101 is aiming to be recognised as the world’s first tall green building. The landmark skyscraper situated in the Taiwanese capital held the title of the world’s tallest building until 2010 following the opening of the Burj Khalifa in Dubai.

Covering over two million square feet with 101 floors and housing some 12,000 employees, running the building is like managing a town.

Cathy Yang, Vice President of Taipei 101 explains how she sees Asian property evolving in the future especially when it comes to tall buildings.

Yang is a speaker at the marcus evans Asian Infrastructure & Property Development Summit taking place on 4-6 July in Macao.

Now at the dawn of the Asian century all eyes are on how the future of property development in Asia will be shaped. This must be done with conservation firmly to the fore of their design, says Yang.

“Nowadays developers want to make their mark and you can see this in China and Taiwan in the different tiered cities; a lot of super tall buildings are being planned here and in South Korea and India. For property development of the future people want to build things that will stand out, that will be remembered. It’s a good time for architects to do whatever their wildest imagination can do. They want to produce something that the developer will be proud of.”

In light of skyrocketing populations and booming economic activity in Asia growth and conservation do not have to be mutually exclusive, she explains.

“There are developers who want to build super tall buildings and we hope they would incorporate green features in the design and pay attention to continuing this into the operation stage. These two elements don’t have to contradict each other.

“With a tall building like Taipei 101, you can still put a lot of the sustainable features in the building design and continue on to become greener when it is operational. Every city needs to grow and a developer can build a good building as well as heed the requirement for sustainability. It’s good for both the developer and the tenants as there is less of an energy bill and they feel good about working in a green building.

“Green also means that there is better indoor air quality. These two areas can work together at the same time.”

Taipei 101 is working towards LEED-platinum certification from the US Green Building Council (GBC) which it expects to be awarded later this summer.