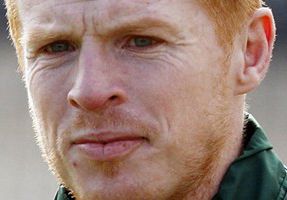 Tough crackdown on sectarianism in football

Scottish football has been in the news recently for all the wrong reasons. With acts of sectarianism being perpetuated from a tiny fraction of supporters threatening to taint the game, Scotland’s First Minister has vowed to fight the scourge and ensure legislation is passed to eradicate it.

Kenny Macleod, head of commercial operations with the Scottish Football Association, is a speaker at the marcus evans Middle East Social Media Marketing Conference taking place in Dubai on 29-30 May.

Macleod says attacks on Celtic manager Neil Lennon are not what should be making the news when it comes to football.

“Naturally these are not the stories we would like people to know about Scottish football and it is a challenge. I had a great experience of working at Celtic for years and from the point of view of Neil as a person – he is so passionate about the club and his pure focus is for the club to be successful. It is very unfortunate the situation that Celtic and Rangers have seen themselves in but they are both working hard to battle sectarianism or just to give their fans a good experience at matches.

“It is very disappointing that a very small number of supporters are challenging. We will always want positive stories from Scottish football and success on the pitch makes a great difference. Qualifying for Euro 2012 and our clubs doing well in Europe next year will make a big difference as well. A lot of people are glad the season is over but we’re all very much looking forward to the year ahead.”

Legislation being put forward by the Scottish First Minister Alex Salmond on tackling sectarianism in football will help the fraught situation ahead of the new season, Macleod adds.

“It is very positive to have government support in this. The clubs and association are very focused on making it right but that added support that the First Minister has given will make a big difference. Everybody you speak to wants this to be eradicated. No wants this negativity to continue. I think we understand now that we all together need to make the effort as an association, the government, the clubs and the supporters. I am quite confident that with new government support that will make a difference.”

Giving his thoughts on the season that has just ended, Macleod says Scotland has come out of it very positively as a national team.

“We had a very challenging group - Scotland, Spain, Czech Republic, Lithuania and Lichtenstein. We certainly weren’t the favourites to top the group but to still be in a position to qualify with four games to go is fantastic. We’ve played in some amazing friendly matches and took our largest away support to London for a match between Brazil and Scotland in March – 27,000 fans travelled, which is remarkable in this environment.

“I think we have a very exciting 12 months ahead and fingers crossed it will finish in us qualifying for Euro 2012. With the clubs in Scotland having a challenging year, it’s a positive thing that the national team has been able to rise above it and the fans are still flocking to our matches. That has maybe helped us in a way when some of the clubs are having challenges Scotland is always there and is very stable. Scotland manager Craig Levein has really got a good bunch of players together, a good environment and we are looking forward to our upcoming matches.”

The marcus evans Middle East Social Media Marketing will take place in Dubai on 29-30 May.