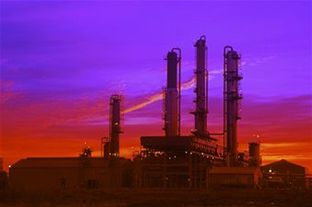 Plant turnarounds are not an option, but a necessity

Be it oil and gas, petrochemical, chemical, paper or other continuous processing industries, shutdowns and turnarounds are an integral part of business.

Plant shutdowns and turnarounds have evolved from being purely about sustaining the integrity of the assets to having a significant impact on your organisation’s financial performance.

Such large operations should always be put into effect when there will be the least impact to the business, he adds.

Rebuking the suggestion that a plant shutdown will always produce negative financial consequences, Saravanan explains that a turnaround is in fact an enabler for making money for the next run of the plant.

He adds that greater efficiencies can be achieved through shutdowns.

“Turnarounds must be subject to an effective planning process. There must be a willingness to learn from the past and build on, rather than re-inventing the wheel every time. We also have to have the mindset to deliver through the customer’s eyes and remove those activities that does not add value.”

Are maintenance shutdowns that were postponed during the recession now getting the green light?

“If anyone says they want to postpone a shutdown due to the recession, something else has gone wrong. Firstly, turnarounds should never be planned if something like a resession can mean it will be postponed.

The marcus evans Shutdowns and Turnarounds Conference will take place on 24 and 25 May in Bangkok.