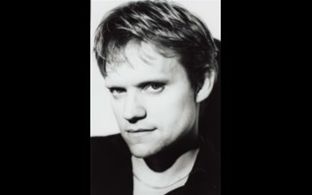 ‘Mad Dogs’ staring The Artist Partnership’s Philip Glenister and Marc Warren has been nominated for the Best Drama Serial at the Television BAFTAs.

Marc Warren (pictured) plays the role of Rick in the hit series alongside Philip Glenister who stars as Quinn. The series is produced by BAFTA-winning Left Bank Pictures.

Philip played the iconic role of Gene Hunt in two series of ‘Life on Mars’ and three series of ‘Ashes to Ashes’ for the BBC. He is currently filming the lead role in the four-part thriller ‘Undisclosed’ for the BBC.

Marc is best known for his part as Danny Blue in the drama ‘Hustle’ and has recently completed shooting ‘What to do When Someone Dies’ opposite The Artist Partnership actress Anna Friel.
‘Mad Dogs’ will be up against three other productions on the night – ‘Any Human Heart’, ‘The Sinking of the Laconia’ and ‘The Promise’.

The BAFTA TV awards will be screened on Sunday, 22 May.

The Artist Partnership is a marcus evans entertainment company.