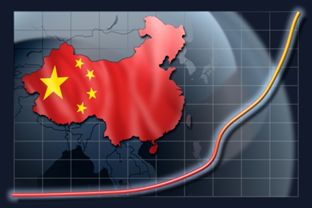 China’s booming sportswear market, estimated to be worth billions annually, has international companies vying for a slice of the vast spending power on offer.

The hefty price tag that international sports companies are paying for sponsorship deals underscores the allure of China's growing market.

However, trying to vault to the top of China's booming market is very difficult to achieve.

In order to gain the traction Oakley wants in China, brand awareness is key, says Alan Peng, Brand Director, Oakley. However, that poses its own challenges.

Peng is a speaker at the marcus evans CEM: Bonded for Life Conference taking place on 21-22 April in Beijing.

“The difficulty for us on a global level is that most people don’t know that as well as eyewear we make prescription frames and unless you’re in the sporting industry you probably don’t know that we make goggles and apparel, footwear, accessories and watches.

“We are a complete lifestyle brand but we started out as a one-product channel type of company. In China especially we just entered after the Olympics so there is very little brand awareness. It is hard for us to overcome such barriers to entry and establish faith in the brand. They’re challenges on the retail and sales side.

“From a marketing perspective, obviously anywhere you go in the world the more awareness you have it gives you more clout when you are leveraging negotiations. In China, being a new company coming in those are the things you have to deal with,” Peng explains.

He adds that the sports infrastructure in China is vastly different to the US and Europe.

“Sports is like a corporation based on capitalism in the US and Europe. In China it’s all owned by the government. When it comes to sponsoring athletes it is very difficult to gain access to individual athletes. You have to take the whole team as the government wants everyone in.

“If it’s a sport they deem is key for them they make it very difficult for foreign companies to come in. Although China is still a communist country it is capitalist. They only opened their doors to the rest of the world in the 80s. The government also has stakes and interest in local brands. The athletes feel it is their civic duty to be loyal to their government,” according to Peng.

Sports in general are growing areas, he continues.

“The government sees the potential in sports and invests into it. It’s still very niche."

“At Oakley, we have an entire sports marketing team who work soley on building relationships with athletes. Building that relationship is not just like a business relationship, it’s an actual friendship too. That’s part of the Oakley culture. The athletes here appreciate that as long lasting relationships are being built. They will in turn be loyal to us,” he adds.