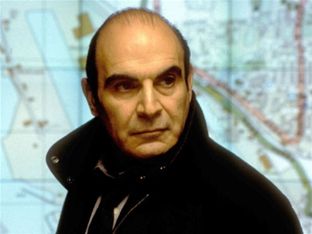 Ken McReddie Associates actor David Suchet was awarded the best actor accolade for his role in ‘All My Sons’ at this year’s Critics' Circle Theatre Awards. The event took place at the Prince of Wales Theatre in London.

The winners of the awards were decided by the independent votes of Drama Section members, with no panel discussions.

'All My Sons' won a Tony and New York Critics' Circle award for its author, Arthur Miller, and is a recognised classic.

David is known for his role as Agatha Christie’s great detective Hercule Poirot in the long-running British series ‘Poirot’. As well as being awarded the Critics' Circle Theatre Award, David was also this year a recipient of a CBE in the New Year Honours List 2011.

The Artist Partnership is a marcus evans entertainment company.