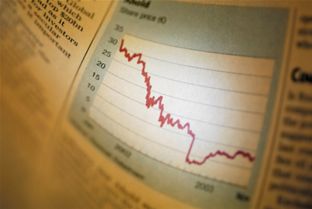 Economist warned of over dependence on financial services activity

The economic crisis was a catastrophe waiting to happen and a prominent economist claims unheeded warning signs were evident years ago.

John Christensen, economist and director of the International Secretariat, Tax Justice Network, is a speaker at the marcus evans European Tax Summit 2011 being held in Montreux, Switzerland, on 13-15 March.

Christensen says that even in the boom years he and his colleagues were wary about the so called health of the and Irish economies and that clear problems preceded the current economic crisis.

“I was very sceptical about the health of these economies. It has hasn’t just been the current economic or financial crisis- it didn’t emerge from nowhere. As an economist, I’ve been very publicly expressing concerns for well over a decade about the way in which the and ’s economies were structured.  Over dependence upon financial services activity, much of which doesn’t contribute any value added to the economy, has weakened these economies rather than strengthening them. In the case of Ireland, the Irish economy lacks depth. There was clearly a bubble waiting to be burst.”

With many European countries favouring fiscal austerity as the way to produce strong and sustainable growth, Christensen doubts austerity packages will do much to improve the situation.

“I think it’s very, very unlikely.   should be very seriously considering a default and restructuring of its debts. It’s imperative because in the case of there is a likelihood that the IMF agreement, at the current rate being imposed will worsen the situation dramatically. I’m not alone in having that pessimism. Debt restructuring and a degree of default should be actively under investigation and consideration.”

Christensen believes that governments can shore up much needed revenue from multinational companies through tax.

“The recession has made the public more conscious of whether or not the government has no choice, as they claim, other than to impose austerity measures. We are saying that’s not the case: choices are being made and key governments are choosing to not raise revenue from multinational companies. The revenue sums are absolutely massive – they run to hundreds of billions of pounds.”

The marcus evans European Tax Summit 2011 will be held in March in Montreux, Switzerland, on 13-15 March.