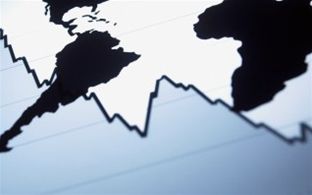 Seeing the opportunity in the crisis

The fragility of the financial industry was brought to light as the financial crisis hit. However, with fears of a double dip recession dispelled for now, any signs of recovery in the West will be sluggish.

He says that the restoration of confidence in the financial system will depend largely upon region. "In the West I think confidence is being restored at the moment and provided we don’t enter into a double dip recession and tax payers don’t feel like they have to bail anybody else out then I think it is going to start to be resolved now. We think a double dip recession is highly unlikely. It could happen but is highly unlikely."

Bailey says the emerging markets of Asia, Africa and the Middle East haven’t suffered from such a lack of confidence. "If anything people have come to banks and said we see you as an important part of the economy. You provide a savings opportunity and people have a need to save as well as spend – and spending caused a bit of an issue during the crisis whether it was by government or people.”

Regulation has been the most challenging issue facing the banking sector in Middle East, North Africa & Pakistan over the past two years, Bailey believes.

“That again is because of elsewhere where the financial crisis has impacted some markets there’s now a lot more regulation being put in place and some of that is global regulation. Because that is global it doesn’t take into account the sophistication and the complexity and some of the differences in various parts of the world.”

Bailey adds that Standard Chartered Bank chose now as a time to invest financially in its brand – and has spent more this year than in the last 13 years.

"The proposition was really about a commitment to our customers, to our markets, and to prove we’re not just here for the good times but for the more difficult times too. So globally we’ve spent far more this year in terms of promoting our brand. You could ask is it in response to the tough climate or say it’s a smart way of seeing it as being the right time. It’s not just in response to the financial climate but the crisis gives us the perfect timing and opportunity to talk about what we really stand for.”