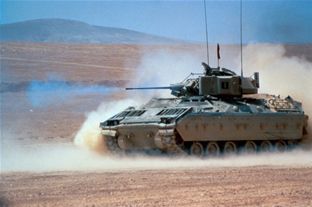 Worldwide conflict is estimated to cost in the region of $100 billion annually. Solutions to ongoing conflicts as well as anticipating and preventing future situations are constantly being sought by governments, NGOs and industry.

Regarding the ongoing conflict in the Middle East, Ambassador (Ret’d) Bill Taylor, senior vice president Centre for Post Conflict Peace and Stability Operations, at the United States Institute of Peace, offers his views on the situation there. Ambassador Taylor will be a speaker at the marcus evans 6th Annual Reconstruction & Stabilization Conference being held on February 8-10 in Washington DC.

“The Arab-Israeli conflict, at the heart of the Middle East, seems to me to be at the centre of several storms: the Israeli- Syrian storm, the Lebanon storm, even the Israeli-Iranian storm. So stability in the Middle East starting with the Arab- Israeli situation but then broadening out is important for peace and stability for the international community. I think this is why the international community, and the Americans in particular, have spent as much time and effort and focused on this area for so many years.”

Despite the official end to the Iraq war, the security gains there have been described as tenuous. But the US remains committed to a stable Iraq, says Ambassador Taylor. “The Iraqi people have been buffeted by internal and external forces for a long time. They were battered by a terrible dictator, they were battered by two Iraq wars, the Iran-Iraq war and the international community has been in Iraq since 2003. This is hard on Iraqis. What they need in order to live normal lives is stability. What the United States Government would like to see is a stable Iraq. I think there is a real possibility of a democratic Iraq.”

When history views the war in Iraq in years to come, Ambassador Taylor foresees it being regarded as a bad start but a good finish. “The war started based on faulty intelligence. Once those faults were exposed, once we knew that the weapons of mass destruction were not in Iraq it was too late. You cannot undo things. So it was a bad start people made mistakes when they went into Iraq – both politically and militarily. There were mistakes made no doubt. However, there’s a possibility of a stable Iraq, a democratic Iraq, an Iraq allied with the United States. If that was the case it would be an OK outcome.”