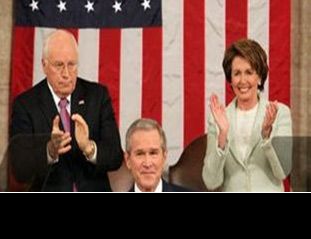 ‘Abysmal’ that no female CEO among Germany’s DAX 30 companies

Nancy Pelosi this week announced that she is running to become the House minority leader in the next session of the US Congress, dispelling rumours that she planned to resign from House Democratic leadership or retire from Congress.

Over a long and eventful career, the outgoing Speaker of the House has trailblazed her way to the upper echelons of US politics.

More leadership positions, in politics and the corporate arena, will be held by women if and only when they dare to be stand up and be counted, according to Dagmar Chlosta, Senior Vice President, Project and Process Management, Adidas.

Chlosta was a speaker at the marcus evans Women Leadership Conference in Prague.

There are a number of unique challenges that female leaders face that their male counterparts do not, Chlosta says. Among them are family commitments, which might serve to hold them back from devoting more time to their career.

“Politics and networking is another thing. I have encountered, at least in my working life, so far that women tend to be very task-focussed and don’t really so much use the power of networking or see the merits of networking. They really deprive themselves of very vital tools that come with networking. They lose sight of what they could actually achieve in a more inclusive way if they were to network more and build alliances.”

Many male-dominated environments also may impede women reaching their potential at corporate level, she explains. “Acting and operating in a very male-dominated environment results in women just not being heard. This is a thing that quite a few women experience. It is infinitely more difficult to bring your point across if it’s not a gender-balanced team you are working with."

“I think it is extremely important to build your boardroom respectively, your own network of allies - people that you can draw upon. Women are very good at doing that on a private level through their families and their circle of friends. They are not very good at using that ability in a professional context.”

Chlosta is sure that more leadership roles in politics and business in the future will be filled by females. “If you look at politics in particular at Nancy Pelosi, who just lost her post, Angela Merkel and Dilma Rousseff - Brazil's first female president – in politics women are quite prominent. There are a couple of very powerful women who are very good at what they do. Business likewise women have attained CEO positions in various corporations.

“But in Germany, my home market, you have the DAX 30 companies and out of that there is not a single female CEO. There’s only two companies, as far as I know, that have women on the board at all and that’s abysmal. There needs to be a fundamental shift in society in terms of the interacting of the genders. If the interaction becomes natural then there’s a level playing ground. And then at the end of the day it doesn’t matter anymore if you are a man or a woman – it’s your performance, your qualification, your character and the potential that you have that will help you advance in the corporate world.