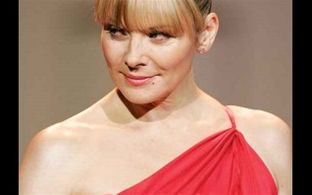 'Sex and the City' star in Broadway comedy

The Artist Partnership actress Kim Cattrall takes the production of ‘Private Lives’ to Toronto followed by Broadway until February 2012.

Kim is set to reprise her role as glamorous divorcee Amanda in Noel Coward’s comedy following its successful run in London last year.

The 'Sex and the City' star, who made her Broadway debut in 'Wild Honey' with Sir Ian McKellen, will be joined by Paul Gross, star of the TV shows 'Due South' and 'Slings and Arrows'.‘Private Lives’, a 1930s comedy of manners, tells the tale of a divorced couple who discover they have adjoining rooms while honeymooning with their new spouses.

Simon Paisley Day, Anna Madeley and Caroline Olsson make up the rest of the cast. The show will stop in Toronto prior to Broadway.
Previews will begin on November 6 at the Music Box Theatre with an official opening on November 17.

The Artist Partnership is a marcus evans company.