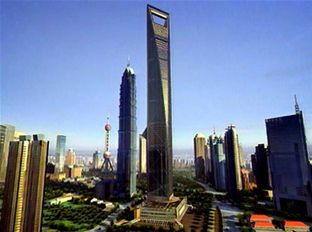 Global economic slowdown has not halted demand for green buildings

Architectural ambition has migrated from Europe and North America to Asia and the Middle East with cities such as Dubai, Shanghai and Taipei, leading the field in the construction of iconic tall buildings.

This shift has occurred out of a mixture of organic expansion and necessity, according to Jeffrey Heller, President of Heller Manus Architects, US, who is a speaker at the marcus evans 4th Annual Tall Buildings conference in Beijing.

His firm saw the potential in Asian market over a decade ago even though at the time the US economy was thriving. “It wasn’t an economic-led reason but it turned out to be a good decision because now it’s Asia and to some extend the Middle East that are the areas of growth so now there is much more attention given to these areas out of necessity.”

Heller says that it’s not China’s main cities of Shanghai, Beijing and Xianggang but the 150 cities of a million or more people where opportunities will lie in the future for iconic structures. China’s “second tier cities” such as Tianjin, Chengdu, Wuhan are all experiencing growth and in the long run look set to provide more opportunities than the traditional hubs.

In this recessionary climate, iconic tall buildings and high rise structures are going to provide more residential and commercial space than the local market can utilize. However, this is part of the real estate cycle, Heller explains.

“When an economy cools there is an overhang of buildings that have been built and are trying to be leased and now the market is shrinking a little bit or a lot like what happened in the US and Europe. All of a sudden a bunch of buildings get caught like musical chairs. In Asia they’re not there yet because their populations are so huge and the urbanisation effort in China, for example, is so great that these projects have not been caught out yet.

“It is the implicit nature of real estate that this happens – real estate always goes in cycles no matter where you are in the world."

Heller maintains the global economic slowdown has not had a huge impact on the green building sector. “In the major urban areas, both in Europe and the US and certainly in Asia that is not the case. The level of social consciousness about sustainability is so high that developers and the government are realising that to try and back off of that would go counter to the social demand for sustainable buildings. Most people now who rent office or buy residential or most corporate culture now are demanding sustainable products because they want to be socially responsible themselves.”