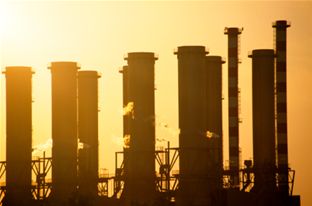 The global economy has to become consistent with environmental sustainability goals

A continued reliance on fossil fuels for our energy needs is an outdated approach and must be addressed, commentators have warned.

Looking 30 years into the future, we will see a very different world and the important decisions need to be made now to secure our energy future, warns Benjamin Klooss, Lead economist, Natural Gas, BP, UK.

“China’s going to overtake the US as the world’s largest economy. Already we’ve seen that the developing world has accounted for nearly all the net energy growth over the past decade. This trend of a shift toward both economic and energy activity in the non-OECD will continue in the future. The challenge is how do you develop a country and indeed the world in an environmentally sustainable way that avoids dangerous climate change?

“Renewables will play a major role and they must be supported strongly but they supply less than one per cent of total global primary energy today. Even at rapid growth rates they cannot provide the scale required at global levels. We will need all forms of energy in the future including fossil fuels. So in reengineering the global economy, we need energy efficiency to save energy and we also need new technology such as carbon capture and sequestration. The challenge is to make these important choices today and to reengineer the global economy to become consistent with environmental sustainability goals.”

The financial crisis hit the energy market hard and is only now rebounding. The first decline in GDP across the world since the Second World War was experienced following the crisis, explains Klooss. “It was concentrated in the OECD – the rich countries of the world – where GDP fell by 3.4 per cent while it actually grew in the emerging countries. That accelerated an ongoing structural shift in energy demands towards the developing world which we have already seen for the past 10 years. Last year OECD energy consumption fell by five per cent and non-OECD energy consumption increased by three per cent. This five per cent decrease in energy consumption means that the world’s 30 most developed economies consumed less energy last year then they did 10 years ago.”

Natural gas was the hardest hit of all these fuels with oil consumption in second, falling by 1.7 per cent – the steepest decline since 1982, Klooss adds. “These are huge shifts and we are now coming out of this recession and energy demand is rebounding and on a path of recovery. But this is a gradual process and structurally both energy demand and the economy are still weak so the risks remain. It is a fragile balance with US gas production extremely strong LNG seen major increments and all this while demand still has some way to recover from the decline we’ve seen last year.”